The Back-Feet-Forward Ensemble continues to grow and evolve. Yesterday, we played with Leanne Zacharias as part of her series of concerts entitled Music for Spaces.

For those that are interested, here is a quick update on what I am up to artistically.

On Sunday, February 25th, 2007, I will be playing with the Austin Cobra Players. Cobra is a game piece that was composed by John Zorn in the early 1980s. The piece is comprised of a set of fairly sophisticated rules the behaviors of the participating improvisors. 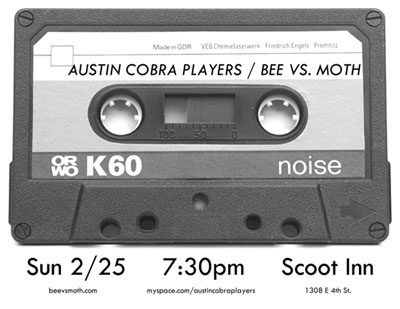 Christ Chapel is part of the Episcopal Theological Seminary of the Southwest on Duval between 31st + 32nd street.

This past weekend we recorded our rehearsal. Here is an .mp3 of one of the improvisations that turned out fairly well.

Here is an image from this fall's At Play performance by the Back-Feet-Forward Ensemble. 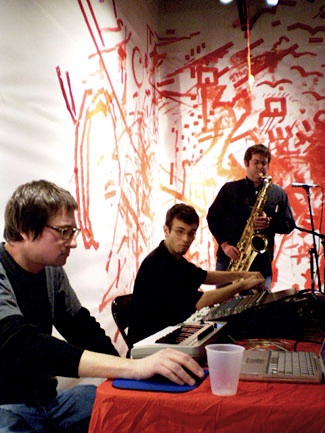 Here is an image from a recent trip to NYC. The picture is taken from Astoria, Queens with Manhattan in the background.

Finally, this is an image from the recent ice storm in Austin, TX. It shut the city down for a few days. 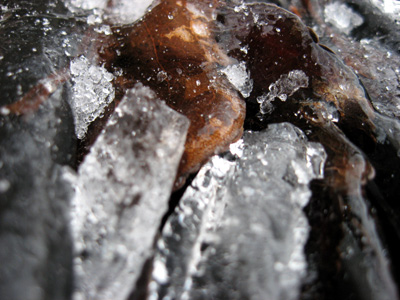